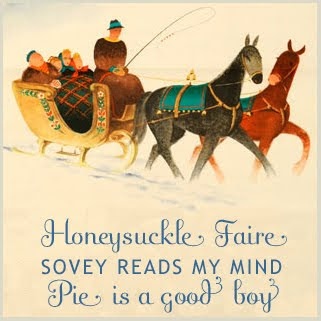 I am continually surprised by the amount of understanding Sovereign displays when it comes to my intentions. Without wanting to sound like I am out there where the buses don't go, or at least out there too far, I think Sovereign knows what I am thinking. It isn't too hard to imagine that without speech, a horse might develop other sensory skills to communicate. Sovereign has a truly heightened ability to sense what I am up to, I would pose, in my goofy, human-speech sort of way. I noticed his mind reading tricks even early on when he arrived last year, but we really are getting in sync with each other. Here is an example of his recent intuitive schemes.
I attempt to groom both horses every day and then "work" with one horse. The next day I work with the other horse. Sovey is very aware of whose day it is. He definitely keeps track of the order. I can tell this by his behaviour on "his" day at the gate. He wants out of the pasture when it is his turn. But, Pie always wants to be first. Pie is bigger and slightly bullies Sovereign. On Pie's day, it doesn't matter, but when it is Sovey's day, Pie still pushes and bullies. (Pie doesn't keep track of days. Every day is Pie's day in Pie's mind!) Recently, Sovey was being pushed back at the gate even though it was his day. He knew I was getting frustrated because I couldn't get the big lummox Pie out of my way. Sovey looked at me long and hard like he was trying to tell me something - like "Timmy is in the well" - and then he walked away from the gate and started pawing the ground like he was going to roll. I couldn't believe he was going to roll at a time like this. I almost yelled at him, but something made me shut up. He slowly pawed and turned preparing to roll. Pie caught sight of this. Pie loves to roll at the same time as Sovey and usually practically flops down on Sovey. So Pie lumbered over there and started to fold, and just that quick, Sovey popped up and trotted over to me and literally jumped into the halter I was holding. Out we went with no problems and Pie was completely befuddled!
Today, I planned to ride Pie. I had put a few flakes of alfalfa for the boys to enjoy while I cleaned stalls and buckets, but stupidly, I had put the hay in the far pasture. I knew that in order to ride I was going to have to wade through the knee deep snow to retrieve Pie. I was in the barn thinking really hard about this and I thought, oh, I so wish Sovey would bring Pie around to the barn. You won't believe me if I say that, right that second I looked out the window and saw Sovey lift his head from the hay and start cantering away from the alfalfa toward the barn. I know the horses could not possibly see me. I stood there in disbelief. Pie (chubby, hungry boy) didn't want to leave his beloved alfalfa, but he had to go see where Sovey was cantering off to in such a hurry. Sovereign stopped completely still in front of the gate right beside the barn! How could it be? I loved him up and thanked him profusely. I know it sounds like a coincidence, but you had to see him in action. Sovereign is smart. And, Pie, well...Pie is cute.
I don't have any pictures of our wonderful ride today, mainly because my last three posts all look the same - white snow and two bay horses or white snow and two bay ears so I left the camera at home. I do wish I had a video of our incredible ride today, though. Pie was a very good boy and the sun made an appearance! We headed out through the woods on a path where the snow wasn't so deep. Unfortunately, we ran into tree limbs and brambles that had fallen with the weight of the snow. I led Pie to a different trail and the snow was so deep for him, but he gave it his all. My mom's dog, Eby, was leading the way, which was thoughtful of her, but caused us a bit of an upset. Eby's slow, waddling pace, makes me hold Pie's reins a little too tight to prevent him from stepping on her. He doesn't understand that he could hurt her and she will not yield to us. I have discovered that the only way to ride this horse, (and probably all horses) is without any pressure on the reins at all. I know that sounds crazy, but there it is. He is bitless anyway, but I still have to completely release the head pressure to get Pie to settle and stop hurrying. We finally managed to pass her and then we really had quiet, calm, fun. We investigated all our former (before the deep snow came) haunts. We got to go on a trail that we never went on before. Back in the field, our barstool was empty, and Pie was not pleased. He snorted and stamped his foot! Spoiled horse! He dove his head into the snow at the base of the barstool and came out with something shriveled and red and smooshy. It must have been a frozen relic of an apple because Pie slobbered it up and made his applesauce noises. It was just divine to be out in the deep snow on big boy Pie.
Posted by juliette at 1:39 PM