I don't have to fear it 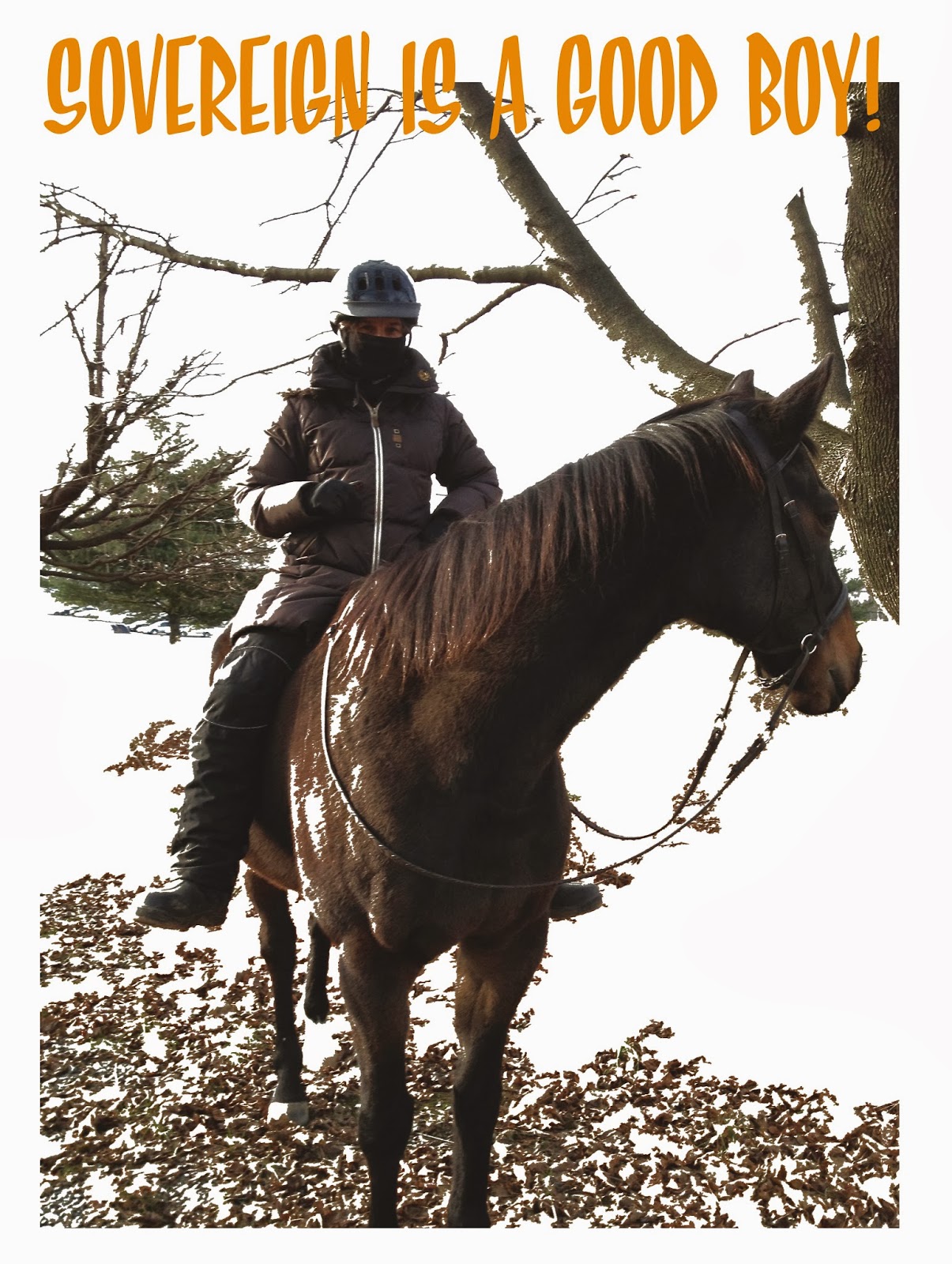 To get back to the barn we had to walk near all the commotion. As we approached, a limb fell and Sovey skittered and acted like he might not be safe to ride any closer. My mom was walking with us and she walked ahead and asked the guys to just stop for a second so I could get back to the barn. I knew I could slide off and lead him by if necessary.

But, just then, ol' Sovey started marching right down to the machinery all proud and not a bit spooky. I thought we could easily go around to the far side of their trucks, but he had other ideas. He was so funny! It was like he had to show everyone how he wasn't scared. It was kind of embarrassing actually - I didn't think we needed to go right through the area where they had been working, but he was determined. He walked through the middle, stepping around and over larger limbs. He even stepped over fairly big pieces of the trunk. I dropped the reins and leaned forward and basically shut my eyes. I didn't want him to get hurt and I figured he probably knew what he was doing and would end up better off than if I tried to help.

After I dismounted at the barn, I hugged Sovey around the neck. He would never allow such affection under normal situations, but he knew he had been extremely good so he allowed a hug. What a funny horse he is!
Posted by juliette at 10:06 PM