Horses in the Green Valley 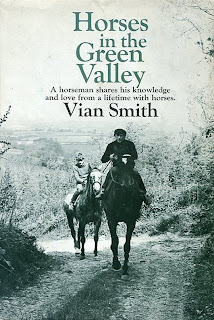 When Tardy (Penny Lane) passed away I decided to not get a new horse. This was a difficult decision because my family had horses in our barn since 1957. Mom, Grandma and I didn't know how to BE without a horse. We were lost for a while. My daughter, Maizie, though, was 2, and I wanted to spend quality time with her. I could do both, I knew this, but I didn't think I could do both well. So I waited. The thing that kept me from going insane was reading and re-reading Vian Smith's phenomenal book, Horses in the Green Valley. The late, Mr. Smith, who lived in England, wrote about horses and how to appreciate them in a manner that feels right to me. He reiterates my own beliefs about our relationships with horses. Here is an excerpt:
She should be called Big Ben, having a similar regard for punctuality. When you're five minutes late, she neighs and listens and gives another minute. Her second neigh is much less tolerant, her third is authoritative, her fourth a bullying sound, followed by a mumurous grumbling like an old woman asking herself what things are coming to. When your footsteps come at last, she grunts and paws her door, demanding to be first because she's the eldest and has been here the longest and such qualifications count at feed time. She's an Exmoor pony and my sons learned to ride on her. 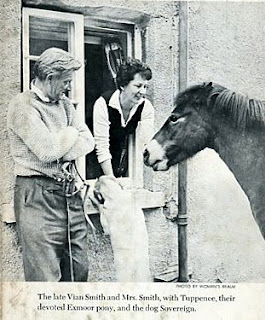 I don't believe Horses in the Green Valley is still in print. I love to give this book as a gift to my friends and I can usually find it used at www.addall.com.
Posted by juliette at 9:06 PM